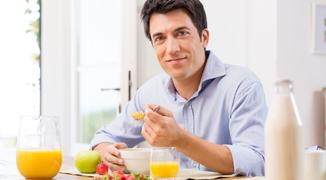 The causes of a benign enlarged prostate, also abbreviated by physicians as BPH, are not yet fully understood, but some triggers are already known. The age of a man is one of them, because from the age of 50 BPH occurs significantly more often than in younger men. Obesity and smoking can also be listed. Accordingly, regular exercise and a healthy lifestyle, including good eating habits, have a positive effect and reduce the risk of BPH.

The male hormone balance is also important. For example, testosterone is necessary for the formation of BPH, which was shown by the study of castrated men, who usually do not have an enlarged prostate due to low testosterone levels.

The exact processes involved in the effect of the male hormone have not been fully investigated. However, testosterone is converted to dihydrotestosterone in the prostate gland, among other places, and in the process it can promote tissue growth.

The male body also has the female hormone estrogen, although only in small amounts. As men age, their testosterone levels decrease; conversely, estrogen levels may increase. This hormonal change can also result in enlargement of the prostate. At the same time, estrogen is partly involved in the formation of fat cells, which supports obesity and increases the risk for BPH.

BPH is easily treatable. For mild symptoms, including urination at night, a weak urine stream, and only partial emptying of the bladder, drug therapy can provide relief. If the symptoms persist or worsen, there are two options. One is to use a wire sling to plane off excess tissue, but this is likely to cause bleeding and scarring and may require the use of a urinary catheter for 3-5 days. On the other hand, the excess prostate tissue can be shrunk with the help of the LIFE laser procedure. Since a laser fiber is used in this procedure, the physician can work precisely. Healthy tissue is largely spared and the risk of scars is minimized. Another advantage is that the wound surface is closed by the laser. Bleeding is unlikely and the catheter, for urine drainage, is only needed for a few hours. As a rule, a patient treated with LIFE laser therapy can leave the clinic after only one day.